Share a memory
Obituary & Services
Tribute Wall
Read more about the life story of Walter and share your memory.

On January 13, 2023, Walter “Corky” Hellyer died peacefully surrounded by family and the love of his life, Jeanne “Jay” Hellyer.

Corky will be dearly remembered by Jay, his wife of 66 years; his two children, Brus (Dave) Osborne and Bob (Tora) Hellyer; four grandchildren, Elizabeth, Corky, Lettie and Nellie; six great-grandchildren; sister, Lynn Mathias; and the many family members and friends whose lives were lifted by Corky’s resolute humor and warmth.

Corky is predeceased by his brother, Tom Hellyer.

Corky was born September 7, 1933, the son of Tom and Emmy Hellyer. He was a 1952 graduate of Lake Forest Academy and 1957 graduate of Northwestern University. Corky and Jay began their grand adventure together in marriage on September 6, 1956.

Corky launched his career with family-owned Columbia Bedding Co., becoming President and owner in 1968. Corky followed in his grandfather’s (Zola Green) footsteps as Chairman of the National Association of Bedding Manufacturers in 1980. He sold Columbia Bedding in 1981, relocating to Door County, WI, to establish his real estate career. Corky was awarded the Wisconsin Realtor of the Year and served as President of Wisconsin Realtors Association, as well as that of Door County Realty.

He also served proudly on the McNeal Memorial and Door County Medical Center Boards. Spending his summers in Boulder Junction, WI, at his grandparents’ cabin on High Lake, Corky developed a passion for bird hunting and fishing, later joining the Angler’s Club of Chicago. The family cabin is still the meeting place for the Hellyer clan, the joyful setting for decades of special memories; Corky and Jay visited as recently as last September. His loved ones remain inspired by Corky’s abiding dedication to his pursuits, commitments, and community.

The family would like to extend a sincere thank you to Rachael VanValkenburg, his wonderful caretaker for six years. They would also like to thank Unity Hospice and Scandia Village for their compassionate and loving care for Corky.

"May you never Lie, Steal, Swear or Drink."

"We raise our glasses to your life well-lived, Corky, Dad, Papa!”

A celebration of Corky’s life will be held in the spring. In lieu of flowers, please send donations to Door County Medical Center.

Casperson Funeral Home & Cremation Services of Sister Bay is assisting the family. Expressions of sympathy, memories, and photos of Corky may be shared with his family through his tribute page at www.caspersonfuneralhome.com.

To send flowers to the family or plant a tree in memory of Walter Hellyer, please visit our floral store. 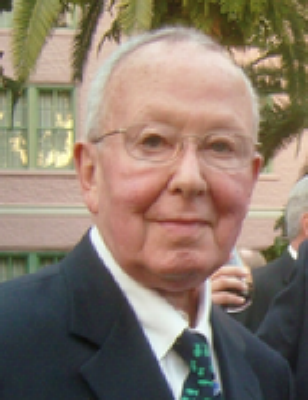 Family and friends are coming together online to create a special keepsake. Every memory left on the online obituary will be automatically included in the book.

You can still show your support by sending flowers directly to the family, or by planting a memorial tree in the memory of Walter Hellyer
SHARE OBITUARY
© 2023 Casperson Funeral Home & Cremation Services, LLC. All Rights Reserved. Funeral Home website by CFS & TA | Terms of Use | Privacy Policy | Accessibility